This was the second time that I shot a total solar eclipse. The first was over 11 years ago in Kudat, in the Malaysian Borneo state of Sabah. The year was 1995 and we were still shooting films.

Viewing a total eclipse is one of the  most awe-inspiring experience in one's life. 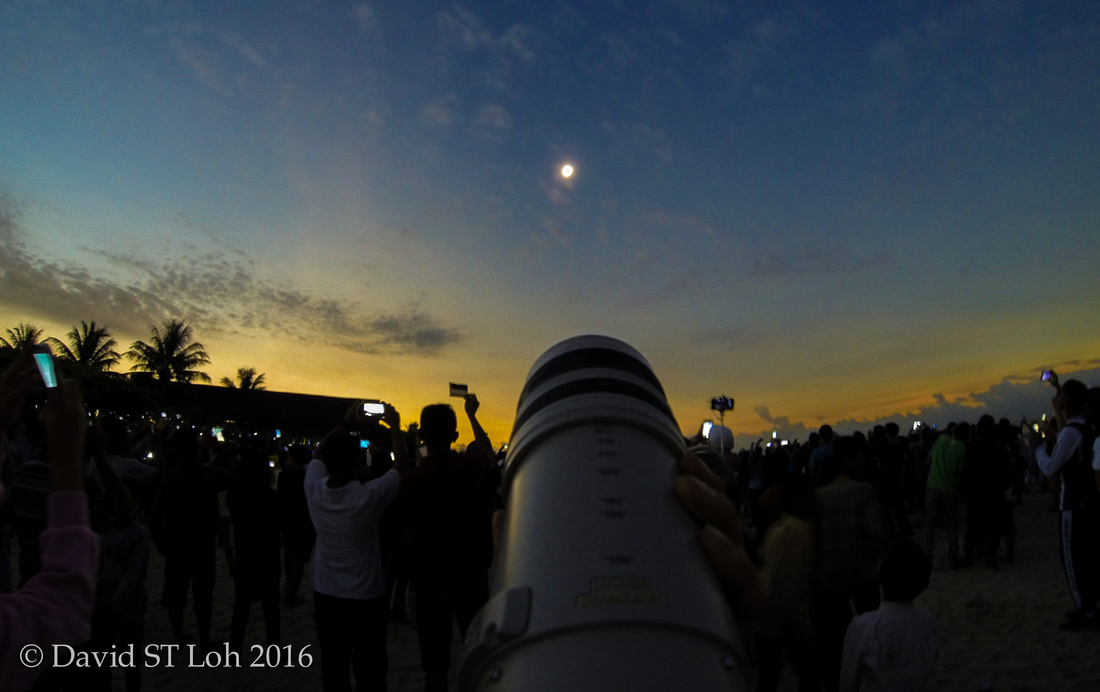 Almost TotalityThe moon crosses the path of the sun just seconds before totality during a total solar eclipse in Balikpapan.

Totality at Balikpapan was only 53 seconds. That didn't gave me much time to switch the solar filter off and and to re-adjust the exposure. I went from 1/125sec F8 1000 ASA with the solar filer to 1/160 sec f20 400 ASA at totality.  Halfway totality, I began to doubt my exposure, not sure if I had underexposed it to much. With out much thinking, I decided to open up the aperture to f8 and continue shooting. Alas I forgot that at f8, I will not be able to get the flare for the diamond ring image.

Ah such is life. No regrets. Another time.