A big no-no in architectural photography where lines have to be straight, but I think I liked this cartoonish effect of this shot of Skyville @ Dawson taken with a fish-eye lens. The photo does not even look real but more like an illustration. Using a Tokina 10-17mm lens, this image was shot during the blue hour from the top floor of Block 80 Strathmore Ave. As there was only a small 1.4 meter opening from the block opposite, overlooking Skyville, one could not get an exact frontal shot.

Singapore is famous for its amazing public housing, better known as HDB or The Housing & Development Board, where many can fetch up to a million dollars.  The HDB is generally credited with clearing the squatters and slums of the 1960s and resettling residents into low-cost state-built housing. Today, as many as 82% of Singaporeans live in public housing provided by the board. 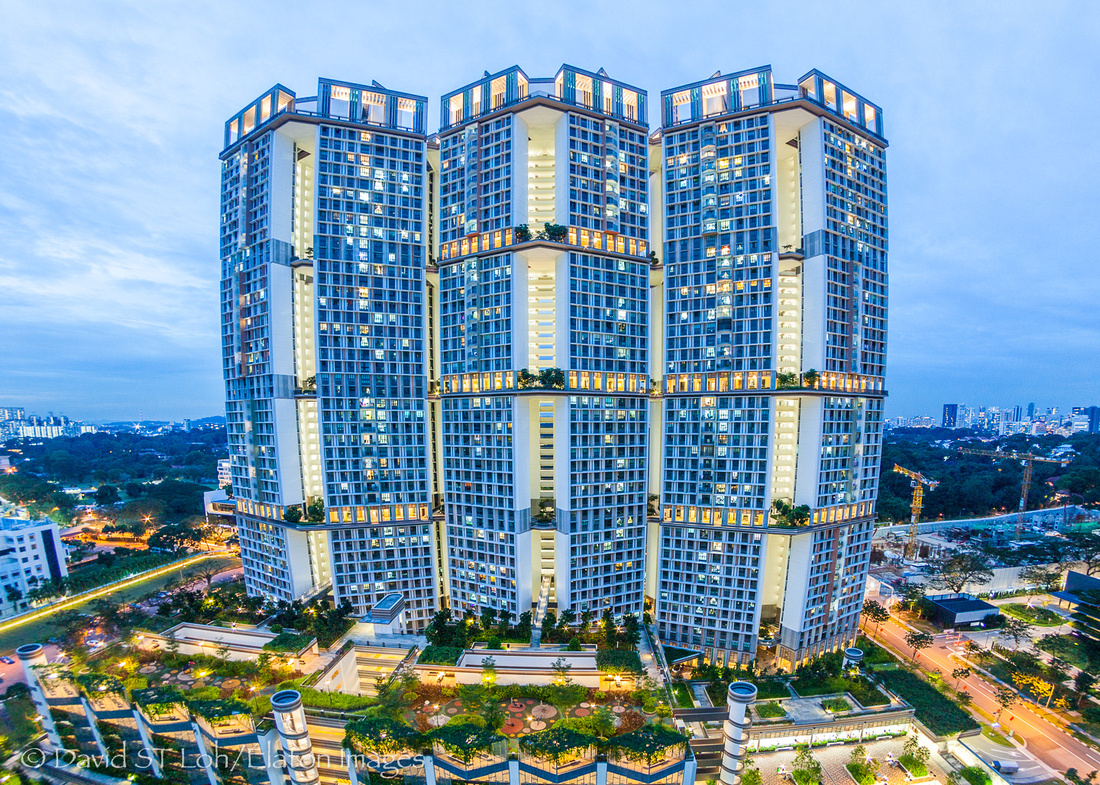 Skyville @ DawsonSkyville @ Dawson, designed by award-winning local firm Woha and commissioned by the Housing and Development Board (HDB), consists of 960 homes. This build-to-order project is the new generation of Singapore's public housing that emphasizes greenery and good living.